In his book Pathologies of Power, Paul Farmer offers the story of a young woman named Acephie. Acephie was one of Dr. Farmer’s first HIV/AIDS patients and her story beautifully and tragically illustrates the need in social analysis and ethics to be “historically deep & geographically broad.” The method Farmer takes from Gutierrez and liberation theology is one that prioritizes listening and acknowledges that if we do not listen – we have no hope of getting the questions right never mind the answers.  It has taken 30 years for the global community to develop habits of asking the right questions when it comes to HIV/AIDS.  Not too long ago, that she was at one time a mistress and the simple fact of AIDS was taken as sufficient information on Acephie ( overlooking the poverty,  that she was the mistress of a soldier for whom refusal was not really an option, that she lived in a displaced community…..without listening, one cannot understand).  If you want to analyze how and why Acephie contracted and died of AIDS – you must ask many more questions concerning power, development and poverty going back generations.

We have FINALLY started listening and asking the right questions in relation to global poverty and development.  Calls for agency, participation and a real voice from within the developing world are changing the structures that control development (Like the World Bank) and one of the pioneers in publicizing these stories is Nicholas Kristof.  Half the Sky is a powerful account of women’s experiences of oppression and human trafficking with a focus on the inspirational ways women in these contexts are fighting back, demanding justice. Thus, I was surprised to read his column this past Sunday…not because it challenges “liberal ideology” but because it lacks the deeper questioning Kristof often embodies in his columns on global poverty.

THIS is what poverty sometimes looks like in America: parents here in Appalachian hill country pulling their children out of literacy classes. Moms and dads fear that if kids learn to read, they are less likely to qualify for a monthly check for having an intellectual disability.

Many people in hillside mobile homes here are poor and desperate, and a $698 monthly check per child from the Supplemental Security Income program goes a long way — and those checks continue until the child turns 18.

“The kids get taken out of the program because the parents are going to lose the check,” said Billie Oaks, who runs a literacy program here in Breathitt County, a poor part of Kentucky. “It’s heartbreaking.”

This is painful for a liberal to admit, but conservatives have a point when they suggest that America’s safety net can sometimes entangle people in a soul-crushing dependency. Our poverty programs do rescue many people, but other times they backfire.

The basic facts of the case are clear – in West Kentucky there is a history of soul-crushing poverty and right now that is manifesting as women pulling their children out of extra education programs for fear of losing SSI. He goes on to argue for greater attention to child poverty programs focused on early intervention and parenting support. Later in the piece he concludes:

Of American families living in poverty today, 8 out of 10 have air-conditioning, and a majority have a washing machine and dryer. Nearly all have microwave ovens. What they don’t have is hope. You see it here in the town of Jackson, in the teenage girls hanging out by the bridge over the north fork of the Kentucky River, seeking to trade their bodies for prescription painkillers or methamphetamines.

On the one hand, I agree with Mr. Kristoff, the fundamental soul-crushing reality is hopelessness. The children and adults in Western Kentucky do not see a way out, they cannot envision a future beyond “seeking to trade their bodies for prescription painkillers.”  In “Poverty & Hopelessness: The Real Dependency Trap,” I make the argument that it is this hopelessness that is the real dependency trap.

On the other hand, the argument I made is quite different from the one in Kristoff’s op-ed. In focusing on the role that SSI plays – he gets lost in the $$ and thus fails, in my opinion to ask the bigger, more crucial questions. Why is it that a woman would resort to sabotaging her child’s future for $698 a month?  As an ethicist, if we listen and ask the bigger questions – we need more information. In laying the problem squarely at the feet of SSI, we miss the point and put the cart before the horse.  What is the role of that $698 in that family’s life and survival?

Let’s look for a minute at poverty in Kentucky. (If you want to learn about poverty – I recommend www.povertyusa.org which has an interactive map of poverty data by state and county.)

Kentucky is the 6th poorest state in the nation with almost 30% child poverty. (And that is poverty calculated based upon the national poverty line, which many social ethicists and theologians will tell you misses a significant amount of people living in deprivation of basic needs.)

What are that mother’s options? Is it possible that she cares more about $$ than her child? Yes, it is possible. Is it likely, no. Far more likely, is that she and others like her cannot see another way to survive. Is the situation unjust – YES, is it horrific that these children are being kept illiterate and condemned to a future of poverty? YES. Does that give us enough information to determine: where the root problem lies? How to fix it? And who is to blame? NO.

Tuesday morning, Mr. Kristof was the guest on MSNBC’s Morning Joe to discuss his op-ed. The key example of discussion was the ‘marriage disincentives.’ Now, again, I do not agree with the ways in which these programs do create barriers to marriage; however, when using the example of someone “not marrying the hardest working guy in town” because she would lose her SSI benefits. Ok – so let’s unpack that a little – let’s presume that Sally loves and is committed to the “hardest working man in town,” why won’t she risk $698 a month in SSI? Is it that she is a selfish woman who likes expensive things? Or is it that the “hardest working man in town” in rural West Kentucky does not make enough money to offset the SSI?

Some rural counties in Kentucky and West Virginia can have unemployment/underemployment of as much as 70%. They have a despair that comes from decades of marginalization, of being invisible to the wider society and, as my environmental ethicist friends will point out, a legacy bound up with extraction industries in these regions.

If we are going to analyze poverty in Western Kentucky and the effectiveness of our poverty programs – we must have analysis that is historically deep and geographically broad. We must ask the deeper questions and we must listen. We desperately need to amend our poverty programs so that they do not penalize marriage, work, and the very education of our children. However, once again let me emphatically state that this does not mean CUTTING benefits or program budgets.

Our social protections are not too generous – they are too piecemeal and restrictive. They do not offer enough support – this is a call for greater programs not less. Mr. Kristof calls for greater attention to 1 such program in his op-ed but he still frames it within the general narrative of the “dependency trap” which creates a false vision of laziness/ease of poverty.

Look at the “Poverty Snapshots”, which invite us into the “kitchen tables of the poor”

Marlene, 40, and her husband Rick live with their two sons and Marlene’s dad in an apartment in a suburban Midwest community. Everybody helps, but Marlene and Rick have to work several part-time jobs to bring in a yearly income of $23,500.

Marlene and Rick are typical of the “sandwich” generation; people with growing children and aging parents. Recently, Dad’s diabetes has taken a turn for the worse and he can’t help with supervision of the boys and homework as much as he did, not to mention his additional medical expenses. Marlene is wondering whether she will have to give up her day job so that she can take care of her father, which will drive them further into poverty.

If we are listening, the cries of the poor are not cries to help us fight off laziness but cries for justice and human dignity. For Catholic social teaching,  examination of poverty experienced as homelessness, joblessness, hunger, and general marginalization is unjust and to be condemned as a violation of human dignity – not because the poor are morally good but because they are created in the image and likeness of God. This is the basic starting point for Catholic social teaching – the inherent and inviolable dignity of the human person and of the community. A horrible injustice is being done to children (and their mothers) in the community profiles in Sunday’s article – now let’s listen and ask the right questions and resist the urge to fall into the easy ones which let the rest of society off the hook for pathologies of power. 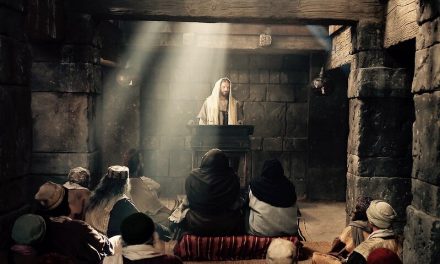