In the kind of confluence that happens on Facebook sometimes, two friends posted articles about choice and abortion yesterday.  The first was a blog post from the New York Times about “forced fatherhood”, written a couple weeks ago by Laurie Shrage.  She reflects on the ways in which reproductive choice depends very much on gender:

If a man accidentally conceives a child with a woman, and does not want to raise the child with her, what are his choices? Surprisingly, he has few options in the United States. He can urge her to seek an abortion, but ultimately that decision is hers to make. Should she decide to continue the pregnancy and raise the child, and should she or our government attempt to establish him as the legal father, he can be stuck with years of child support payments.

Do men now have less reproductive autonomy than women?

Shrage briefly discusses some of the ways in which legal fatherhood is outdated – particularly as more and more people raise children together without being married.  On this point, I think she has an important point.  As one of the Facebook commenters suggested, step-fathers and others who act as fathers need more legal protection.

But the primary point of the article focuses on her view that men are being unfairly discriminated against because of sexual promiscuity, a point that raises some interesting questions about the nature of choice and consenting to various choices.  She writes:

In consenting to sex, neither a man nor a woman gives consent to become a parent, just as in consenting to any activity, one does not consent to yield to all the accidental outcomes that might flow from that activity.

I find that quite an odd statement to make, suggesting that we can yield to some accidental outcomes but not others?  Or that I might be able to consent not only to what Shrage might see as a major action(becoming a parent) and all the subsequent choices I might make about said parenthood.  Shrage’s views of choice and consent hinges on the idea that choice equals freedom and that I should have the maximal number of choices that I may freely consent to at any given point.  (I will note here: I am aware that there are some who want to raise large distinctions between consent and choice – consent being about other peoples’ propositions when I then give my agreement to, while choice is of my own volition.  I do not think choice works like this, for reasons I get to later.  In any case, Shrage’s use of “consent” looks very much like the way we’d use “choice” – consenting to an activity and choosing an activity like sex are not substantially different here.)

Generally speaking, if it were the case that each and every action that happens in my life each day was a product of my consent – my free and rational choice – and if it were also the case that my choices were always short-term in nature, AND if it were also the case that what I choose has practically no impact on other people – what she says would make sense.  Yet there are all kinds of things that either I chose, or were “chosen” for me that yet impact how I live.  Indeed, there are things I do NOT explicitly choose that I must still yield to.  There are also very, very long-term choices that I have made – or that were made on my behalf by my parents or others – that have accidental outcomes that I deal with, and so do others who interact with me.  One of them is the fact that I have a moderate-to-profound hearing loss, the result of life-saving drugs administered when I was born at 27.5 weeks.  That hearing loss hasn’t just affected me – it’s meant that society has had to bear the burden (?) of providing special education and speech therapy; that people who interact with me – whether they make a conscious choice or not – have to deal with the fact that I don’t speak as well as others do, and I don’t always hear them (and that’s not a choice either – usually ;-)).

Add in the data from scholars like Sheena Iyengar, a business professor whose work on choice suggests that in fact we do a very poor job of making good choices, and the choices we do make are not as free as we’d like to think. Iyengar argues that “It is not clear that more choice gives you more freedom. It could decrease our freedom if we spend so much time trying to make choices.”[1] Indeed, Iyengar suggests the need for supportive communities and expresses an idea not unlike the Catholic concept of the common good, which is about supporting the flourishing of each individual.   Such a view is not about unlimited freedom or unlimited choices.

Indeed, Shrage’s discussion of choice and consent seems more to be about having control over outcomes that it does about choices. Ultimately, and ironically, I think that limits our choices – which I’ll get back to.

Enter the second piece on choice that a friend posted yesterday.  A friend at The Catholic Catalogue (let this be my shout out to a great website on Catholic life aimed at young adults) wrote a post responding to a New York Times essay by Judy Nicastro called “My Abortion at 23 Weeks.“

Nicastro writes that parenthood begins “at the moment you decide you want a child, and are ready and able to create a safe and loving home for him or her.”  And so she decides to have children – but then learns, at 23 weeks, that this second child might have to be on oxygen – still they were hoping the problems might be “fixable” and enable a “good quality life.”

But as Melissa Musick observes:

No expectant parent says, “We don’t care if it’s a boy or a girl, just as long as the baby has a chronic illness.”

But the deep wisdom of the church is that we are not the gods of life and death.  We cannot foresee or manage every outcome.  The healthy baby is hit by a car and becomes the brain-damaged child.  The child with leukemia is healed.  Some of it is in our power to affect; most of it is not.  Children fall into the deep end.  What looks like a cold becomes fatal meningitis.  The “desperately wanted” child grows up to be an alcoholic or a meth addict or a murderer.  The quality of life, promising at the start, turns bitter and life-denying.

There are some things we get to choose – but there’s a lot that we don’t, and at the end of it all is the sheer fact that we don’t get to control outcomes (a point Charlie Camosy also notes here).  Musick suggests that for the Christian, the call is to witness to persistent, patient love – despite whatever comes along – rather than aiming for control.

Pregnancy and parenthood patently demonstrates this lack of control.  Despite the complaints from bystanders to the mother of three who is now pregnant with a fourth  – “Haven’t you heard of birth control?” – most of us, maybe women especially, recognize how little control there really is.  You can choose to avoid pregnancy with a condom, pill or IUD – but sometimes that baby’s there anyway.  You can try to get pregnant for months on end, even “choosing” IVF, and it doesn’t happen.  You can get pregnant and miscarry.  And if you get pregnant and your boss decides that you are therefore a liability, you can lose your job unless you make “the right choice”; any resultant poverty is your “choice”.

In other words, we try to control sex and parenthood under the guise of individual choice, but it really isn’t a choice in the sense that Shrage means, with her strong sense of autonomy.   No – it’s a “choice” made in concert with a whole host of racial, economic, technological, age, and other factors that shape what we conceive of the “right” choice.  (Amy Laura Hall has shown how our understanding of choice does not, in fact, extend to poor, non-white babies or to women who have low-paying jobs.)  To conceive of the idea of “choice” is already to be part of a whole way of life with particular assumptions and a key one in our culture is a default to abortion as the main choice among free, autonomous individuals who have no real bearing on each other – and never, ever to question whether that’s a real choice, because the language of freedom and autonomy makes it seem obvious.

In that kind of worldview, of course Shrage is raising exactly the right questions about fatherhood.  But if we’re wanting to be suspicious about choice and control, then I suggest another tack – which is not just Musick’s important view that we patiently and persistently love, but we recognize that it’s never “just” about that sole mother or that sole father and their individual actions.  We live the kind of community we seek, for each other. 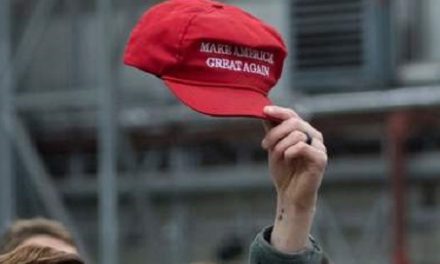