The recent death of Supreme Court Justice Antonin Scalia has proven to be yet another divisive flashpoint in American politics and society. Before anyone had time to process the news of Justice Scalia’s death, discussion had already turned to who should name his successor. Debates erupted about whether Justice Scalia was a brilliant jurist, a shill for corporate interests, an enemy of human rights, or something else. On the whole, the reaction to Justice Scalia’s death (like so much of what passes for public discourse these days) has been undignified or even disgusting.

There was a brief respite from the controversy when Rev. Paul Scalia delivered a very moving homily at the funeral Mass for his father. It is well worth watching or reading. His words are unlikely to have any impact on political controversies in this country, but I hope that they might serve as an occasion for Catholics to reflect on what unites us to each other – even in the midst of our own vigorous theological disagreements.

Fr. Scalia began his homily by powerfully calling to mind the centrality of faith in Christ and key elements of the creed as foundations for unity and for our hope:

We are gathered here because of one man. A man known personally to many of us, known only by reputation to even more. A man loved by many, scorned by others. A man known for great controversy, and for great compassion. That man, of course, is Jesus of Nazareth.

It is He whom we proclaim. Jesus Christ, son of the father, born of the Virgin Mary, crucified, buried, risen, seated at the right hand of the Father. It is because of him, because of his life, death and resurrection that we do not mourn as those who have no hope, but in confidence we commend Antonin Scalia to the mercy of God.

Faith in Christ, an affirmation of those creedal statements, and hope in God’s mercy unite us all.

There is a tremendous temptation today to try to define people as standing outside the church. You’re outside if you reject the church’s teaching on birth control, you’re outside if you don’t accept that capital punishment is wrong. You don’t count as one of us if you accept marriage equality – or in other contexts if you reject marriage equality. For moral theologians, this temptation is especially strong.

It is not my point that those theological disagreements are irrelevant. They’re not. Neither is it my point that how we live or how we approach key political questions of our day has no bearing on whether we are growing closer to God and living as faithful disciples of Christ. Pope Francis was right when he said that if we spend our lives only building walls and never building bridges, we are not living as Christians.

Even so, we should not lose sight of the fact that our deep faith in God and the salvation brought by Jesus Christ as well as our membership in Christ’s body all are more profound and important than our disagreements about the intricacies of moral and political life.   It is worth remembering that all Catholics share that faith – even those with whom we passionately disagree. We must resist the temptation to denounce too easily and readily anyone as living outside the bounds of the faith.

On a more personal note, this homily reminded me of my college days. Paul Scalia and I were classmates at the College of the Holy Cross (Class of ’92).   We didn’t really know each other. He was a friend of some friends. I knew him more by reputation as the son of Justice Scalia and as one of the founders of The Fenwick Review, a conservative, externally funded student journal of opinion. I knew that we did not agree on much politically or theologically.

Near the end of our time at Holy Cross, we both went on retreat – a condensed version of the Spiritual Exercises of St. Ignatius. One of the more vivid memories I have of that week of silence is praying in the chapel where the Blessed Sacrament was reserved and seeing Paul Scalia there. We didn’t speak (it was a silent retreat). We just prayed alongside each other.   There was something quite powerful in those moments for me – a sense of being united in devotion to Christ with someone I didn’t really know and with whom I undoubtedly disagreed about so much.   I felt very much the same as I listened to Fr. Scalia remind us at his father’s funeral of the centrality of faith in Jesus Christ and God’s mercy.

Controversy and disagreement are not going to go away. In fact, attending to these disagreements is an important task of theologians and the church as a whole. But I hope that in the midst of these controversies we may remember the faith and devotion that unite us all, and we may be mindful of the profound need that each of us has for the grace and healing mercy of Christ. 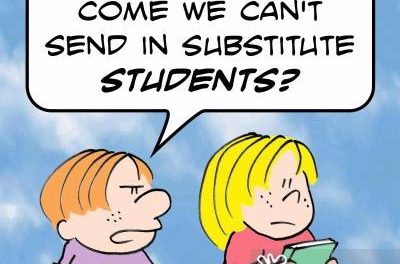