Time magazine is well-known for publishing an issue each year that names the “Person of the Year.”  The person so named is a person who most impacted news and influenced peoples’ lives – positively or negatively.  It publishes a large issue at the end of each year, detailing the person of the year, runners-up, and other influential people.

In that spirit, I’ve been wondering about the influence and impact, this past year, of Catholic moral theology on the news cycle and especially for the ways it has impacted lay people, which I mean here as those who are neither academic theologians nor bishops or other Catholic clergy.  (We’d expect, of course, that CMT would always be near and dear to those whose daily bread is related to the doing of it…. ;-))

Though it’s not a person, it’s certainly surfaced in the news in 2012 in ways that I would not have thought possible just last year and I think it’s been incredibly influential. So…

1.  Catholic social teaching (especially on the “least of these” in the poor, and the stranger)

This is in my number one spot because of the multiple angles, and multiple times, in which in which love and service to the “least among us” played out in the news.

In April, we saw the publication of the Ryan budget, which sparked immediate    discussion among Catholics, especially at an academic level.  In April, the question of poverty remained (I would say) largely at an “upper echelon” level, not much in active debate among lay people.

The ordinary cast of characters rolled out statements.  Theologians issued a statement in which they decried the budget as being

“morally indefensible and betrays Catholic principles of solidarity, just taxation and a commitment to the common good.”

Bishop Blaire wrote on behalf of the US Conference of Catholic Bishops:

Congress faces a difficult task to balance needs and resources and allocate burdens and sacrifices. Just solutions, however, must require shared sacrifice by all, including raising adequate revenues, eliminating unnecessary military and other spending, and fairly addressing the long-term costs of health insurance and retirement programs.

These statements led to responses about the extent to which bishops and theologians ought to be speaking against proposed practical solutions to economic matters, which led to some debates about economic policy and Catholic place in it.

The April discussion was bolstered, however, by several other events and news stories.  Two of these are the inclusion of immigration on the bishops’ “Fortnight to Freedom” campaign in June, and the Vatican’s pending investigation of Leadership Conference of Women Religious (LCWR).  (Of course, the Fortnight to Freedom itself would not have happened without the occurrence of certain other key events in January and February – see below.)  The inclusion of immigration highlighted, on the national stage, Alabama Catholics’ (and other Christians’) desires to help “the least of these” in the faces of “illegal” brothers and sisters in Christ.

Alongside this concern, the LCWR investigation in part prompted the “Nuns on the Bus” tour.  I doubt the Nuns on the Bus, and their highlighting of poverty, immigration injustice, and other social issues, would have gotten quite the press it did but for the strong showing of support that resulted from the media coverage of the Vatican investigation.  “Nuns on the Bus” became education, not just about all that nuns do, but about Catholic teaching on poverty.

Indeed, it may be that Catholic social teaching is beginning to be part of larger conversations in the ways the BBC suggested it was doing across the pond.

“Subsidiarity” – a peculiarly CMT kind of word – made it into the news this year in mainstream media, and it remains there even in post election season (for example, this piece in The Economist).  I think most people would name the Ryan budget as the spark that got its presence in the news going – but its presence continued throughout election season because of the national discussion on A) what federal government ought to be about, and  B) the extent to which it should be about items determined under A).  Should the federal government be responsible for SNAP, or should care and concern for the poor be limited to “lower” levels – to local communities that would know the poor they serve, the best.  Meg Clark’s post on subsidiarity (written, I might add, before the Ryan budget discussion) continues to be one of our blog’s most-linked posts – and it’s certainly a concept that raises worthy questions that should continue to be in play.

3.   Church’s teachings against artificial contraception via the HHS Mandate 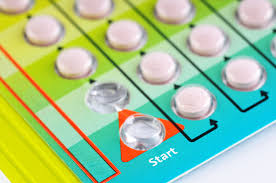 Yet there I was, at a party in February, discussing means and ends of sexual activity while accepting a Cosmopolitan from a friend-bartender….

This is not to say that there has been no discussion about artificial contraception in academic circles: for Catholic moral theologians, the topic of artificial contraception carries gravitas.  Most histories of Catholic moral theology discuss the release of Humanae Vitae (1968 – the latest Vatican document that discusses artificial contraceptive use) as a watershed event in the field, especially for the ways it seemed to draw battle lines: “bishops versus dissenters” or “magisterium versus theologians” or “hierarchy versus the people” and so on.  On this kind of view, theologians have often appeared as “for the people” while bishops have often been seen as “for the cold, distant hierarchy.”

Proportionalism, a broad strand of thought in Catholic moral theology in the 1970s and 1980s, might partly be named as a kind of counter-theology to Humanae Vitae – an attempt to use Thomas Aquinas and neo-scholastic principles to make a case for the use of artificial contraception.  (For example, we could use the Principle of Double Effect, which Thomas discusses in relation to just war theory.  When an action might cause a grave harm, might there be proportionate reasons for doing such an action anyway?  In many traditional uses of Double Effect, the act itself cannot be evil, nor can a person intend for evil to occur.  Good must happen as a result of the action, even if evil also happens, and that good must be sufficiently good that it compensates evil.)  A kind of argument might be made that uses the Principle of Double Effect to allow for couples to use artificial contraception: that the good of having sex with a partner outweighs moral harms of not having children.  Indeed, not having children might be seen as contributing to the overall good of the planet, in terms of decreasing overpopulation, as well as contributing to the overall good of the couple in terms of reducing financial/physical/mental anxieties about children.

Some of that kind of reasoning, however, seemed to suggest that the Church did not care about family planning or that it advocated that couples have as many children as possible without regard to couples’ legitimate concerns.  One of Pope John Paul II’s concerns, too, (articulated in his 1993 encyclical Veritatis Splendor) was that proportionalist debates focused so much on circumstances and intention that we could end up over-thinking ourselves to the point that pretty much any action – contraception, but also murder, abortion, genocide and whole host of other actions – could end up looking and smelling like roses if we just described it well enough.

Following the 1993 encyclical, I would venture to say that most theologians haven’t wanted to touch discussion of artificial contraception with a 100-foot pole.  Those who do automatically get named as “liberal” or “conservative” depending on where they fall in relation to Humanae Vitae, and (perception among us younger theologians anyway) those labels indelibly affect peoples’ abilities to get and keep academic jobs and standing within the Church.  Such labels aren’t especially helpful in the contemporary sexual scene, by the way – as Jason King and Charlie Camosy have both noted in their discussions of hook ups – or as Fr. Martin Rhonheimer (whom many might name as a “conservative” Opus Dei priest) might argue in his arguments in favor of condom use among HIV infected people.

All that said – what a way to kick off 2012 by bringing into peoples’ homes discussion of a decidedly Catholic moral issue.

4.  Just War and a Consistent Life Ethic, Particularly in relation to Drone Strikes 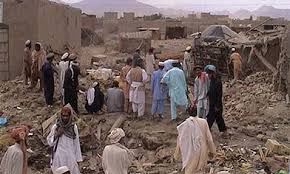 We’d expect that in an election year, abortion would come up as a matter of course.   But this year, abortion was not quite the sole pro-life issue that Catholics focused on; people also wrote keenly about the drone attacks in Pakistan that kill many Pakistani children each day.

It’s a really interesting year, Catholic-wise, when both the National Catholic Register and the National Catholic Reporter discussed moral problems with drone attacks.    And so did First Things.  And so did US Catholic.  And so did our own Tobias Winwright, co-authoring with Mark Allman, in The Tablet.   While the Huffington Post was eager to name this as a “progressive” Catholic stance, I think Catholics ought at least to take solace in the fact that we’re pretty united on thinking killing innocent children via drones runs counter to Catholic teaching against just war.

If it hadn’t been an election year, if the HHS mandate hadn’t happened, and if the Vatican investigation of LCWR hadn’t happened, I think Farley’s discussion would have remained mostly at the level of academic concern, but this year was a perfect storm that highlighted Farley’s work and pushed it to the top of the Amazon lists for a time.  Like recent predecessors Michael Lawler and Todd Salzmann (who were under investigation by the USCCB and not by the Vatican), Farley’s work came under fire for its discussion of sexual ethics and the relationship between theologian and teaching magisterium of the Church.  It was also praised by theologians and others for its frank discussions of HIV/AIDS.  All of that made for a book that got a fair bit of lay discussion, and put a number of Catholic moral issues into a national arena.

All in all, it’s been quite a year – and my hope is that it highlights the importance of careful conversation in Catholic moral theology (on the web as well as in all the traditional academic sources and traditional media).  My prayer is that God continue to guide us in wisdom and humility in 2013.

Does Technology Isolate Us?